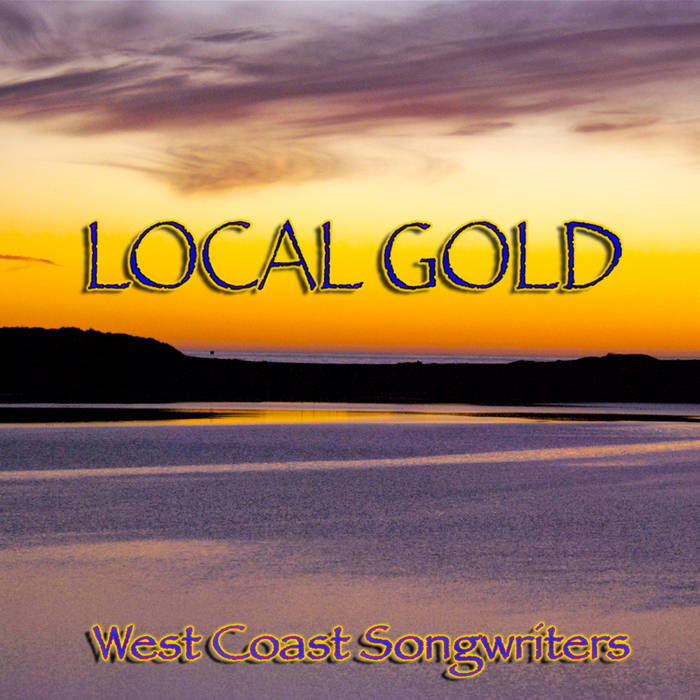 This album is called "Local Gold" and is a collection of local artist members of the WestCoastSongwriters. Theywere chosen because they won Best Song and or Best Performance at one of our monthly events in our San Rafael CA Venue The Belrose Theatre in 2011. This album is called "Local Gold" and when you hear these singer songwriters you'll know why we loved "mining it"
Enjoy the music .
Thanks for supporting your local talent !

Founded in 1979, WCS has grown into one of the most active music associations in the USA, offering more than 20 events per month. Whether your goal is personal expression or to make a living in the music industry, knowing how to write, or recognize a well crafted song is key to your success.

At WCS, members establish important relationships, both professionally and personally, that enhance and accelerate their development. Music ceases to be a solitary pursuit and becomes a shared endeavor through the focus, feedback, collaboration, contacts/networking and support that WCS provides.

To Foster Creativity, Build Community and Provide Opportunity for Music

Career Development through Education and Connection.

It takes a village to produce an album. Special thanks to our many townsfolk without whom this album would not be possible.

Special thanks to James Heyser (Smilin James) owner of Lighthouse Recording Studio in San Anselmo who is our WCS San Rafael Studio Sponsor. He donated countless hours of studio time to help our Best Song and Best Performance Artists get their music recorded and mastered on this album title "Local Gold".

Marin County had no WCS venue since the Sweetwater in Mill Valley closed several years ago. Thank you Margie Belrose for hosting us in your beautiful historic Belrose Theatre,

We appreciate all that Kevin Petersen President of Noisyplanet.net does by awarding all the artists who win Best Song and Best Performance each month with a premium artist package to promote their music on Noisyplanet.net.

Of Course, there is no album without you, all of the talented singer songwriters who create and perform your songs on our stages each month. We love listening to your stories.

A special thanks to Ian Crombie of West Coast Songwriters and the board as well as all of other WCS Managers whom have helped to mentor me in my first year as the San Rafael Chapter Manager. A big thanks to the many judges who volunteer their time to come to our venues to provide support and creative input to our artists . We also appreciate the many Song screeners, sponsors and venues in the organization for providing such a wide variety of opportunities for the artist members. We appreciate the efforts of the many other unsung volunteers and supporters that make WCS the great organization it has become for assisting us with the "Local Gold " album project

The artist provides the music , WCS the stage and lighting and it is all framed and captured by the beautiful photographs of Mary E. Jennings Photography. We appreciate the many hours she puts into capturing the artists performing in her photos and donating them to our project.

Special Thanks to my wife and co-producer Mary E Jennings for her critical ear and great eye for details.

We have really enjoyed producing "Local Gold" our first album, and we are humbled by all the support we have received form such a talented group of people. Thanks to all for participating in this incredible project.